Each year on February 14th countless millions of people celebrate a day known as “St. Valentine’s Day.” Millions of heart-shaped cards and boxes of chocolates are given as gifts, and even churches have Valentine parties on this so-called “Day of Love.” In schools, from pre-school and kindergarten on up, children draw names from a box and exchange heart-shapes notes which “pair off” the children and is said to be “all in fun.” People of all ages get into the act, and the words that are heard everywhere on that day are, “Be My Valentine.”

The sad fact is that most people never question the origin of the customs that they involve themselves with. Most people do not ask questions but do what everybody else does, never stopping to consider how the Almighty God of Heaven feels about their activities. When we consider that Valentine’s Day is a day of preoccupation with the heart, it is essential that we listen to the following words spoken by the Almighty, “The heart is deceitful above all things, and desperately wicked: who can know it? I the Lord search the heart, I try the reins, even to give every man according to his wages, and according to the fruit of his doings.” Jeremiah 17:9-10

Christians should be known by their discernment and should be asking questions regarding Valentine’s Day. What is the origin of this unusual day? Why is there a preoccupation with the color red? Where did the heart shape come from, and what does it mean? These and other questions will now be answered, as we examine the roots and pagan origin of this popular day.

In the days of the Roman Empire, the month of February was the last and shortest month of the year. February originally had 30 days, but when Julius Caesar named the month of July after himself, he decided to make that month longer and shortened February to 29 days while making July a month of 31 days. Later when Octavius Caesar, also known as Augustus, came to power, he named the month of August after himself, and not be outdone he also subtracted a day from February and gave the month of August 31 days. To this very day it remains that way. The ancient Romans believed that every month had a spirit that gained in strength and reached its peak or apex of power in the middle or ides of the month. This was usually the 15th day, and it was a day when witches and augurs, or soothsayers worked their magic. An augur was a person filled with a spirit of divination, and from the word augur we get the word “inaugurate”, which means to “take omens”. Since February had been robbed by Caesars and had only 28 days, the ides of February became the 14th day of that month. Since the Ides of a month was celebrated on the preceding eve, the month of February was unique, because it was the 13th day that became the eve of the Ides that month, and it became a very important pagan holiday in the Empire of Rome. The sacred day of February 14th was called “Lupercalia” or “day of the wolf.” This was a day that was sacred to the sexual frenzy of the goddess Juno. This day also honored the Roman gods, Lupercus and Faunus, as well as the legendary twin brothers, who supposedly founded Rome, Remus and Romulus. These two are said to have been suckled by wolves in a cave on Palatine Hill in Rome. The cave was called Lupercal and was the center of the celebrating on the eve of Lupercalia or February 14th. On this day, Lupercalia, which was later named Valentine’s Day, the Luperci or priests of Lupercus dressed in goatskins for a bloody ceremony. The priests of Lupercus, the wolf god, would sacrifice goats and a dog and then smear themselves with blood. These priests, made red with sacrificial blood, would run around Palatine Hill in a wild frenzy while carving a goatskin thong called a “februa.” Women would sit all around the hill, as the bloody priests would strike them with the goatskin thongs to make them fertile. The young women would then gather in the city and their names were put in boxes. These “love notes” were called “billets.” The men of Rome would draw a billet, and the woman whose name was on it became his sexual lust partner with whom he would fornicate until the next Lupercalia or February 14th.

Thus, February 14th became a day of unbridled sexual lust. The color “red” was sacred to that day because of the blood and the “heart shape” that is popular to this day. The heart-shape was not a representation of the human heart, which looks nothing like it. This shape represents the human female matrix or opening to the chamber of sacred copulation.

When the Gnostic Catholic Church began to get a foothold in Rome around the 3rd century A.D., they became known as Valentinians. The Catholic Valentinians retained the sexual license of the festival in what they called “angels in a nuptial chamber”, which was also called the “sacrament of copulation.” This was said to be an reenactment of the marriage of “Sophia and the Redeemer.” As the participants of the February 14th ritual began their sexual sacrament, presided over and watched by the priests known as Valentinians, the following literary was spoken: “Let the seed of light descend into thy bridal chamber, receive the bridegroom… open thine arms to embrace him. Behold, grace has descended upon thee.”

As time went on, the Orthodox Church suppressed the Gnostic Catholics and manufactured “St. Valentine”, whose day continues to be celebrated in these modern times.
It should be without saying that the Christians should avoid Valentine’s Day like a plague. In God’s eyes, it is still “Lupercalia”, the “Day Of The Wolf.” Men become wolves, as they carry on the Satanic rituals of fornication, which means sexual intercourse without marriage. We have heard of the “wolf whistle”, and we all know that wolves do not whistle. It is lustful men and women, who carry on Satan’s blasphemy to this very day.

In conclusion, we must ask ourselves, “Should a true Christian be associated in any way with this celebration of evil roots? Should we be doing what the heathen have done for so many years and try to justify it as love?” Romans 12:2 answers this very well, “And be not conformed to this world: but be ye transformed by the renewing of your mind…” 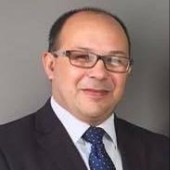